of all TB cases in the World, In India, two deaths occur every three minutes from TB. Surprisingly in India, people are still under the impression that TB is a disease of poor people, but it is not so.

The TB bacteria spreads when a person with TB disease coughs, spits, sings, sneezes or speaks. People nearby may breathe in these bacteria and become infected. 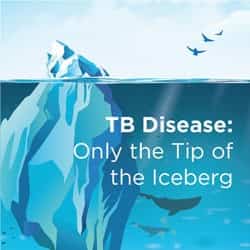 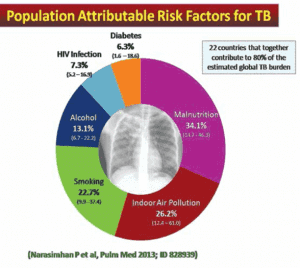 Active TB is basically the ongoing disease i.e.; patients are infected with Mycobacterium tuberculosis and shows symptoms for TB (80-90% pulmonary (affecting lung) and 10-20% extrapulmonary (affects other parts of the body such as the kidney, brain, spine and bones)) while Latent TB infection(LTBI) is the one in which the person acquires and carries the bacilli from diseased contact but does not show symptoms of TB disease, but may still need treatment.

TB bacteria most commonly grow in the lungs and can cause symptoms such as: 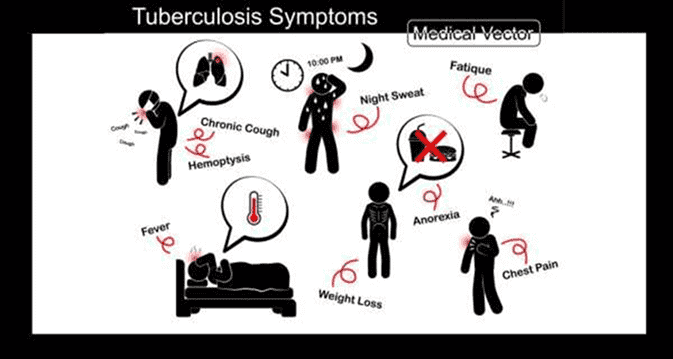 Drug-resistant TB can occur when the drugs used to treat TB are misused or mismanaged.

Drug-resistant TB is more common in people who

The Directly Observed Short Course Strategy (DOTS) using a thrice-weekly regimen for six months has been the backbone of country’s TB programs for last two decades. The Direct Observation of Treatment (DOT) is an important component of the strategy and is an attempt to improve adherence by active monitoring and recording of the consumption of each drug dose by an ‘observer’ acceptable to the patient and the health system.

2.Anti-tuberculosis resistance in the world: WHO

Anemia, a common problem in women – Everything you need to know.

Breaking The Myth In Pregnancy

We are committed to Delivering Reliable, Fast and Affordable Diagnostic services.

Anand Diagnostic Laboratory strives for excellence in patient care with its highly efficient and accuracy-oriented processes. Our advanced state-of-the-art technology helps the patients in achieving a detailed and progressive inference.